May Insurance Insights can be separated into two distinct categories. Firstly, the challenges and issues driven by COVID-19. These are the news items that probably attract the most attention. It includes news of expected losses. In fact Lloyd’s of London predict $200B loss for Insurance Industry. Pretty eye-watering numbers.

It is certainly not all doom and gloom though. ‘Business as usual’ activities make up the second category. Although these may not attract the emotive headlines, they certainly act as proof that the insurance market remains robust, innovative and continues to plan for the future.

As we started the second full month of lock-down, the Financial Conduct Authority (FCA) called for Insurers to introduce measures for customers who were struggling financially. One recent notable example comes from LV with an offer of premium reductions. Reports of Zurich premium flexibility had been released earlier in the month. Zurich had already revealed a £2 million package to support charities.

There has been a proliferation of articles on this subject from a multitude of publications.  Big Hospitality reported “Insurance Action group prepares to challenge Aviva and QBE” , in connection with the Hospitality industry. The dissatisfaction from the hospitality industry was also covered in detail by Forbes in Beer Industry slams ‘frankly deplorable’ response to insurance claims . Reporting on separate action, Law 360 UK declared Edwin Coe Forms 2 Biz Interruption Groups For COVID Claims. Roger Franklin, head of insurance litigation at Edwin Coe is quoted saying: “Unfortunately, in many cases claims have been denied because of arguments based on ambiguous policy wordings and weak legal precedent…” On the other side of the argument, Insurers say Business Cover not designed for this crisis. This continues to be a hugely emotive subject on both sides, so much so that the FCA have waded in.

The FCA is taking pro-active action as a result of the increasing number of challenges faced by individual insurers from various action groups, as reported above. Details can be found in the article The FCA Seeks Court Review in July to Resolve COVID_19 Insurance Dispute.  The Regulator has called for the market to submit details of policies for possible inclusion in the test case. Having reviewed 500 relevant policies from 40 insurers, the FCA have named 16 Insurers affected by the BI Test case.  Of these, eight are named that have agreed to participate in the High Court case.

The Association of British Insurers (ABI) believes the Government should offer a ‘significant level’ of support to ensure pandemic insurance is affordable for small business in the future. The article Insurers want Government support on affordable pandemic cover includes this quote from ABI’s director general, Huw Evans. “For such insurance to be affordable to [small and midsized enterprises] that would likely require significant levels of state support.”

Building insurance for the future

Building the future for insurance

Content has been prepared exclusively for Total Systems plc, a specialist provider of insurance systems developed for the digital insurance age.

Get in touch with our team today Contact Us

Some of our clients 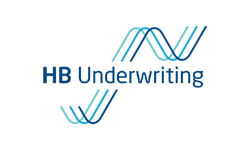 @bymiles: Good news for electric car owners, the verdict is in: You're actually saving money (and helping the environment, too), as they really do cost less in the long run. #EVs #ElectricCars #MoneySaving #CarInsurance #Insurtech #CarbonEmissions #Environment https://t.co/jwn8P210qy
h J R
@totalsystemsplc